PT Pamapersada Nusantara (PAMA) is Indonesia's largest mining contractor, actively managing numerous coalmines throughout the archipelago since 1993. PAMA purchases a large number of machines each year for their business.

But PAMA needed a solution when it came time to sell their equipment. Enter Ritchie Bros.

Ritchie Bros. attracts the end users, and the more end users you get, the better the prices will be. 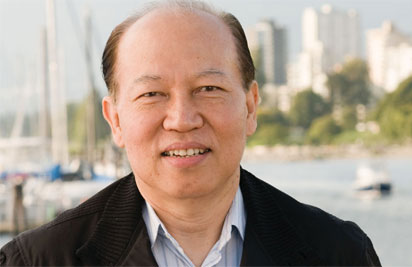 With Indonesia believed to have the Asia-Pacifi c market's fourth-largest coal reserves (behind Australia, India and China), PT Pamapersada Nusantara (PAMA) is a very busy mining contractor. The company is responsible for approximately one-quarter of the coal production in all of Indonesia. In 2007, coal production reached 180 million tons in Indonesia alone.

So, with that much work to do, a company like PAMA needs an enormous amount of equipment to keep their operations on target. They currently run 2,000 pieces of machinery.

"We run our machines 24 hours a day, seven days a week," says Sudiarso Prasetio, PAMA's President Director. "We always need new equipment and the manufacturers cannot make it fast enough." When new equipment is bought, PAMA needs to sell some of their used mining equipment. They typically sell 200 to 300 pieces of equipment each year. In years past, they often used brokers. But that was a long process at times.

"That first time selling by unreserved auction was a bit scary," says Sudiarso. "But we are more confident now. We didn't know what to expect that first time but now we see that there are a lot of buyers that attend."

Over the years, there have been a number of auctions conducted for PAMA. Of the last five auctions held in Singapore by Ritchie Bros. – four started with a package of equipment from PAMA.

"We would much rather sell all of our equipment in one day with Ritchie Bros., rather than through a broker," says Sudiarso. "And the last few auctions were simulcast from Singapore into an auction being held the same day in Dubai.

We noticed quite a bit of action from the Middle East, and that opened things up a lot more too. Ritchie Bros. attracts the end users, and the more end users you get, the better the prices will be."

PAMA likes to have a minimum guarantee when selling at Ritchie Bros. auctions: "With the guarantee, we can balance everything out. Some of our equipment is more specialized. Some items sell for quite a bit more and others for a bit less, so with the guarantee we take the plus and the minus and it all works out. We have seen good prices overall and have been pleased with the auction results," says Sudiarso.

Wise business decisions and smart investments have paid off for PAMA. The company recently expanded its headquarters, with a new five-storey, 7,000 square meter building to house 400 head office employees. PAMA currently has 10,000 employees spread over 10 projects.

"We are happy with our new office," says Sudiarso. "And moreover, we are pleased with the company we've built, allowing us to significantly contribute to PT Astra International Tbk and other stakeholders."