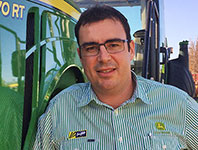 Ritchie Bros. has got a proven track record globally. The process works and so you know what to expect when you go down to their auctions. I think they do auctions better than anyone else, and it gives me confidence that they're going to achieve the best price at the end of the day.

Hutcheon & Pearce have sold equipment at the past six Ritchie Bros. auctions in Geelong, Victoria, Australia. Ritchie Bros. is now part of their business process. 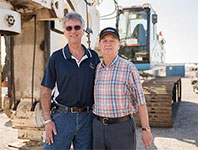 Had Ritchie Bros. not come to me, this would not have been a success story. Being there and building that relationship makes a difference, and that's what Ritchie Bros. caters to. 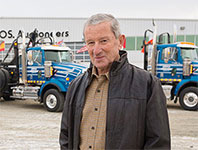 From start to finish, Ritchie Bros. was very, very professional. It was a great experience. They were very honest and helpful in walking us through the procedures. The cleaning and refurbishing crew did an excellent job to make it even more presentable. It was money well spent.

Derek Stamer, founder of Stamer Logging, sold his entire fleet of equipment in November 2015 at a Ritchie Bros. auction in Prince George, British Columbia, Canada. It was the end of an era for Stamer. 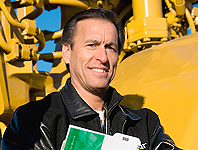 The Ritchie Bros. unreserved policy provides integrity to the auction process by keeping a level playing field... Also, it's important for me to know that the equipment will sell on auction day.

Mark Ryan worked his way up the ranks of the construction industry to become president of his own Minnesota-based company: Carl Bolander & Sons Co. All along the way Mark has kept a lasting relationship with Ritchie Bros. Auctioneers. 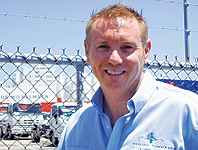 I'm certain Ritchie Bros. helped us achieve a bit of a premium through its marketing reach and reputation.

Brad Skelton got his international freight forwarding business off the ground in Australia with a little help from a Ritchie Bros. auction in Hong Kong. During a major business realignment, Brad put his trust in the same company that had put its trust in him.

We could see the market softening in some parts of the world but not in others, and we realized that reaching those areas of strength would help bring better prices... Selling through Ritchie Bros. is the best way to mitigate risk in a soft market.

Hugh Edeleanu grew H.E. SERVICES from just one used loader backhoe into the largest specialist excavator hire company in the U.K., with a fleet of 2,500 machines. When the market turned, Hugh knew his best option was to sell hundreds of surplus items – and to reach outside the U.K. for buyers. 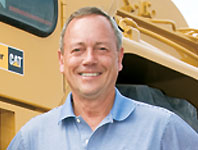 Where else can you have everything sold in one, two or three days – and get paid almost immediately

Ring Power Corporation is one of the largest Cat dealers in the Southeastern U.S., with a 5,000-piece rental fleet. Looking to sell its surplus used equipment, Ring Power asked Ritchie Bros. to conduct an unreserved auction in Orlando in 1984. The Ring Power auction became an annual event in Orlando – and evolved into the world's largest industrial auction. 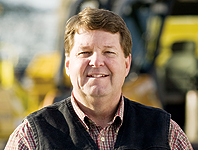 We have a great level of comfort with Ritchie Bros. We know that their advertising capability and worldwide exposure get us fair market value for our equipment.

Ted Carlson, the president of Mainland Sand and Gravel in Surrey, B.C., has been buying and selling equipment at Ritchie Bros. auctions since the 1980s. Ted puts his loyalty down to two factors: fair auction practices and a sense of homegrown pride. 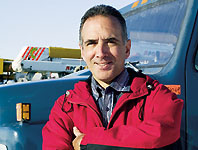 When you have thousands of people at the auction, from all over the world, you know that the price you get is the best price in the market… The more people you have at the auction, the better the results. That's why we sell with Ritchie Bros.

For years, Hydro Quebec sold all of its heavy equipment directly to buyers in the local market. Looking to reduce costs, the corporation discovered it could also increase returns – by reaching the global market through Ritchie Bros.