Glen Staheli grew up with – and then helped further grow – the construction company established by his father in Edmonton, Alberta. In 2008 he decided to sell.

Glen was ready to slow down – and he didn't want to wait for his multi-million dollar fleet of equipment to sell piecemeal.

It doesn't matter what the condition of your machine is or how good it looks if there's no one there to bid on it. 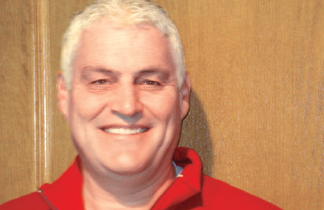 Deciding to get out of business and sell everything is never an easy decision, especially when you're selling the company that has always been part of your life. But for Glen Staheli of Edmonton, Alberta "it was just the right time."

Glen's father Walter founded Staheli Construction in 1954, the year after Glen was born. "He just bought himself a crawler tractor and went to work." Glen helped out as a teenager and officially joined the company after graduating from college. He took over from his dad in the late 1970s and grew the company from 35 to 200 employees, adding trucking, asphalt and gravel businesses to the mix. "We just worked hard and did what needed to be done," he says matter-of-factly.

Glen prides himself on having maintained a modern fleet of equipment over the years, buying new and selling before a machine was past its prime. "We'd either sell through Ritchie Bros. or privately," he says. "When the market was good we could just park a machine along the fence with a For Sale sign on it and people would come along and buy it. But when you have a lot of equipment, or the market isn't as strong, it makes more sense to go through Ritchie Bros.: you just hand it over and they take care of everything."

Diversification helped Glen ride out the waves of changing economic cycles but, faced with another "market correction" in 2008, he took a harder look at his future. "For the first time in over 20 years we didn't have any carryover work," he says. "I've been through corrections before and I decided I didn't want to go through another one. I've enjoyed my time in this business but it's a stressful lifestyle. I didn't have any children who wanted to take over from me so I decided to sell."

Glen approached Ritchie Bros. about conducting a complete dispersal for Staheli Construction. "I've been to auctions conducted by other firms and they're not nearly as well run or organized as Ritchie Bros. auctions," he says. "Ritchie Bros. sets the standard.

Everybody knows they conduct auctions to a certain standard: always professional, always unreserved. That's what attracts the bidders. It doesn't matter what the condition of your machine is or how good it looks if there's no one there to bid on it."

In December 2008, Ritchie Bros. sold millions of dollars of equipment for Staheli Construction, from hydraulic excavators and articulated dump trucks to generators and attachments. The larger machines were sold during Ritchie Bros.' regular auction at its Edmonton auction site; day three of the auction was conducted off-site at Staheli Construction. The three-day auction attracted more than 3,700 on-site and online bidders from 17 countries.

"It was -20°C [-4°F] but we had a few hundred people at our site, plus all the people bidding over the internet," says Glen. "I was surprised at how many people there were the prices we achieved, especially in these economic times. Ritchie Bros. did an excellent job, organizing the auction and the equipment, figuring out what to paint, what not to paint, making sure everything was in the right place at the right time, getting the people out to bid. They made a diffi cult process easy. I decided to sell in October; by December everything was taken care of."

Although he's slowing down and taking "some Glen time, traveling and relaxing with my wife," Glen is not quite ready to retire. "I'll still be working and I'm sure I'll back at Ritchie Bros. auctions, buying and selling equipment," he laughs – just before boarding a plane for his first vacation in too long.