We chose Ritchie Bros. because Dad's relationship with them went way back. 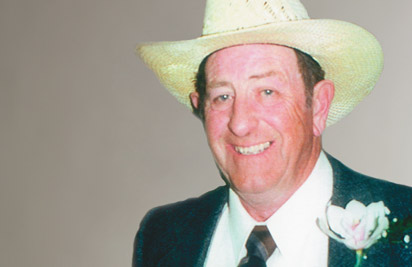 When Harry Williamson was in his twenties he had two jobs, a cabin cruiser and an ambition: to run his own paving company. His father had given him a strong work ethic and a valuable piece of advice, says Rod, one of Harry's six children: "You can't go wrong with land and iron."

So Harry traded the boat in for a dump truck and roller and started to pick up small paving jobs around Vancouver, B.C. "Dad used to say: As long as there's pavement, there's work for pavers," says Daryl, another of Harry's sons.

In the early 1970s Harry established H. Williamson Blacktop & Landscaping and went into paving full-time. "A lot of people thought he wouldn't make it," says Rod. "But he was determined. He brought the first Boeing asphalt plant into Canada, and the first Blaw-Knox paver. That's when his business took off."

Harry built H. Williamson into one of B.C.'s top paving contractors, completing jobs across Western Canada and employing dozens of people. His children all joined him in business. Meanwhile Harry continued to invest heavily in equipment – buying much of it from Ritchie Bros. auctions – as well as real estate, including a 360-acre ranch in 150 Mile House, just outside Williams Lake.

"Dad paved all but 20km of highway between Williams Lake and Kamloops," says Rod. "He bid on all the jobs around there just so he could be close to the ranch and his grandkids."

By the age of 60, Harry had everything he'd ever dreamed of. Competition for paving work had intensified but he never considered retirement. "Dad didn't need to work anymore," recalls Daryl, "but he didn't want to let his crew go. When there wasn't enough work he paid them to work his farm or pave the roads on his ranch. Even the pig pen was paved!"

But one day, when Harry was surveying his ranch, he suffered a heart attack. "He died where he was happiest," says Rod. "But it was very hard on our family. He was the hub of the wheel." In the midst of their grief, the Williamson family had some hard decisions to make, including what to do with the multi-million dollar fleet of equipment Harry had accumulated. They completed the last paving job he'd bid on – "out of respect," says Daryl – and then decided to sell.

"We chose Ritchie Bros. because Dad's relationship with them went way back," says Daryl. "He'd been buying and selling at their auctions for years, and we knew it was the best way to sell: you get the market price, and it's all over and done with in one day. Ritchie Bros. made the process very smooth and easy."

During a Prince George auction in 2002, Ritchie Bros. sold almost 200 items from Harry's estate, including asphalt plants, pavers, pavement profilers, graders, wheel loaders, crawler tractors and trucks. Equipment went to buyers from as far away as the Middle East. Among the observers on auction day: Harry's brothers, children and grandchildren.

"Watching the first paver go over the ramp was very emotional," says Rod. "It was like the end of an era. That was a really difficult time for us but Ritchie Bros. took a big weight off our shoulders. They even let us drive some of the equipment over the ramp. We still miss Dad – we always will – but the auction gave us closure."